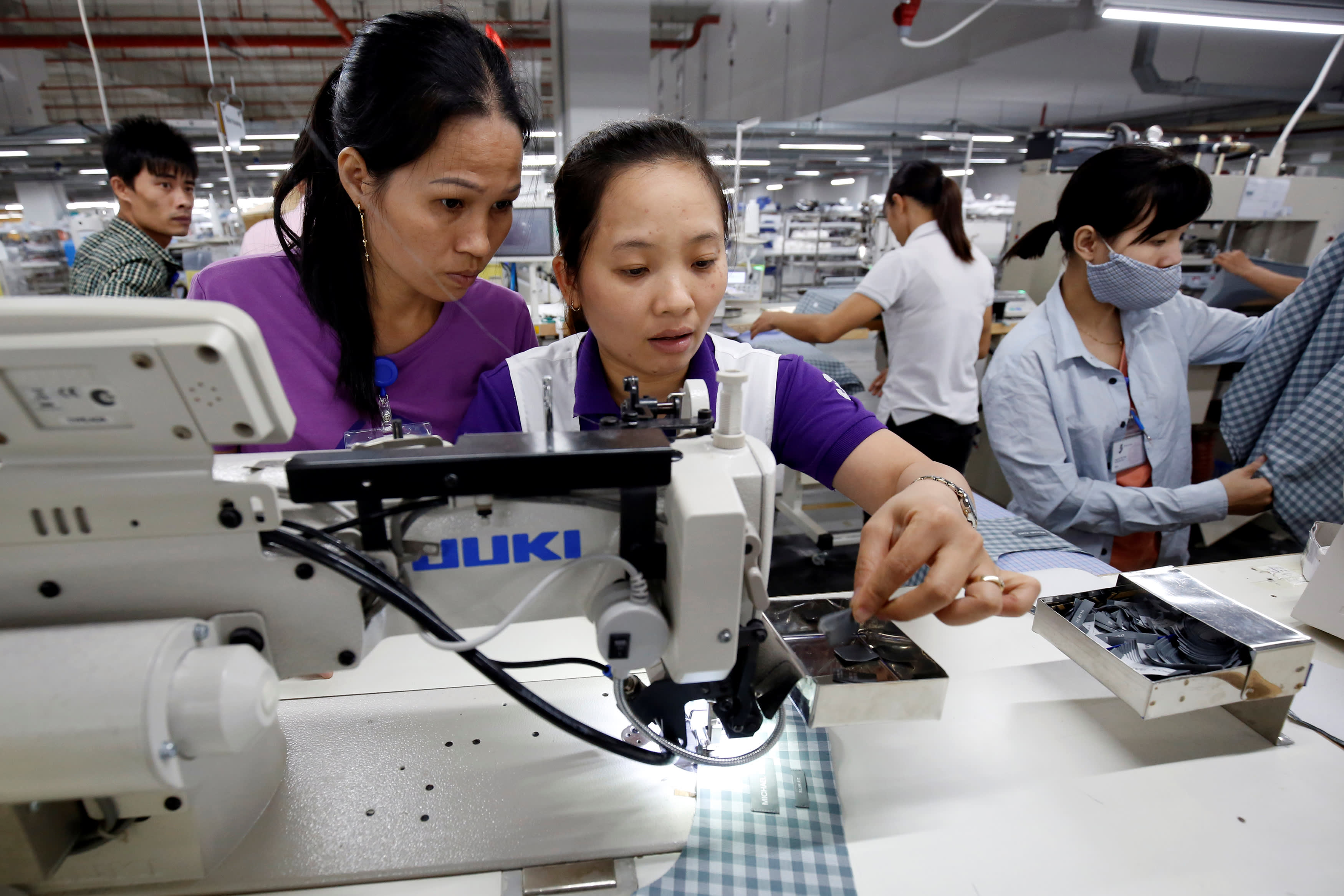 KUALA LUMPUR — Already under pressure from rising materials costs such as crude oil, manufacturers in Asia are now facing another cost-related worry — rising minimum wages, which weigh on employers and have led to some job cuts, according to the latest monthly Nikkei Purchasing Managers’ Index survey.

The survey asks manufacturers in major Asian economies excluding China about their output, orders and other business conditions compared with a month earlier. A reading above 50 points to an expansion, while a reading below 50 shows a contraction.

The three countries showing a deterioration were Thailand at 49.5, Malaysia at 48.6, and South Korea at 48.4. The reading for South Korea was the lowest since March 2017, and marked the second straight month of contraction.

Among the reasons for South Korea’s contraction was a stronger domestic currency, the won, which weighed on exporters such as electronics and automobile makers. The survey also found that a recent rise in the minimum wage affected manufacturers.

The government of President Moon Jae-in began raising the minimum wage in January by 16% to 7,530 won ($7) per hour, a faster pace than in previous years, as the government aims for consumption-led growth. 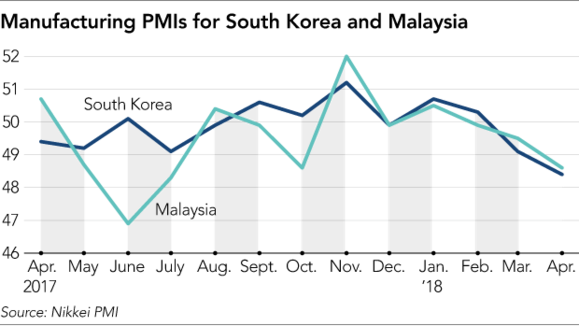 “Evidence from our survey panel suggests that the recently implemented 16% hike in the national minimum wage had underpinned some job cutting,” said Joe Hayes, an economist at IHS Markit, which compiles the PMI survey. The uptick in labor costs, alongside higher raw materials prices, led to a sharp rise in input costs in April, he added.

The employment index, which has a 20% weighting on the headline PMI, was 49.3 for South Korea in April, down from 50.1 in March. Aside from the minimum-wage rise, companies said an increase in retirements was also behind some job cuts.

This trend, along with other factors, caused the business confidence of South Korean manufacturers to soften in April. The future output index, a gauge of the outlook for the coming 12 months, fell to a six-month low of 57.9.

Although the survey only demonstrated a clear impact of higher minimum wages on South Korea, wages across Southeast Asia continue to rise due to a combination of brisk economic growth and political considerations. The minimum wage in some parts of Southeast Asia has more than doubled in the last five years. Myanmar decided to increase the daily minimum wage by 33% to 4,800 kyat ($3.5) earlier this year. Last August, about 2,000 factory workers demonstrated in the major commercial city of Yangon, demanding that the daily minimum wage be raised to 5,600 kyat from 3,600 kyat, the amount first set by the government in 2015. Protesters argued the higher amount was needed to cover their costs of living.

But employers sought to limit the amount to 4,000 kyat, settling on 4,800 kyat after negotiations. After it takes effect, the increase will likely affect the country’s major industries such as labor-intensive garment manufacturing.

Indonesia raised its wages by 8.7% in major areas including Jakarta in January. Vietnam raised wages by 6.1% to 7%, depending on the area, according to data from MUFG Bank.

While minimum wage increases can have positive economic effects, such as spurring consumption, they could jeopardize Southeast Asia’s appeal as a manufacturing center.

Recent monthly PMI surveys have also indicated rising input costs due to higher commodities prices. U.S. oil prices rose above $70 a barrel on Monday for the first time since November 2014, as traders braced for a re-imposition of U.S. sanctions on Middle East crude producer Iran.

The April PMI confirmed this trend, as most economies recorded higher purchasing prices than in March, though the pace of inflation eased in some countries. For Taiwan, the input prices index was 68.3. For Vietnam and Indonesia, it was 59.8 and 57.5, respectively.